Why Am I Afraid of Death & What To Do About It? 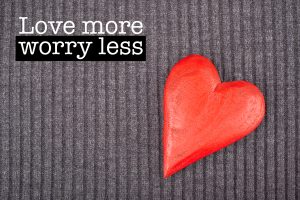 Death is inevitable. But what is death? Is it the end, the beginning, or a transition?

How we understand and view death can directly affect how we respond to the death of a loved one and how we think about our own death.

WHY ARE PEOPLE AFRAID OF DEATH?

There may be as many reasons as there are people on the planet, but the most common reason is the Fear of Uncertainty – we are unsure of what will happen to us when we die.

The Fear of the Unknown.

Are you a Buddhist afraid of coming back as a mosquito? Or a Christian afraid of ending up in the “Bad Place” because you never used your recycle bin? Whatever your cultural or religious belief, you don’t absolutely know what will happen, right?

There is also the belief in the Finality of Death — Are you a scientist type? For you, is this life a “1-shot deal”…when the brain dies, your mind shuts off? The end, finis. No more lives, you’re done.

But even then, can you be totally sure? Certain in your belief?

So you see, the unknown is totally understandable. As I often say, “We won’t know until we know.”

And even if one believes in the continuation of the mind (or if you want to call it soul, consciousness, etc.) after one’s physical death — call it Heaven or Reincarnation — death still is a major milestone and one is never totally certain if and when one will see one’s loved ones again!

Here it is again…the Fear of Uncertainty!

So, how do we deal with all this uncertainty?

THE 2-PRONGED APPROACH TO OVERCOMING THE FEAR OF DEATH

My experience is that taking a 2-pronged approach to overcoming the fear of death is the most effective way:

2) Practice any effortless technique of Turning Within that turns on the opposite of the “Fight or Flight” response by allowing the mind, body, and emotions to relax and balance.

You’ve heard of the “Fight or Flight” response, right?

It’s the survival response we all have inside us.

Picture yourself 100,000 years ago in your cave, minding your own business eating dinner with your wife and kids, and suddenly a saber tooth tiger shows up at your cave door — you don’t even have to think…the “Fight or Flight” response gets switched on immediately! Your adrenaline rushes through your body, your heartbeat races, your mind focuses, and your blood floods your large muscles — you are ready to FIGHT or FLEE — you are in SURVIVAL MODE.

So, it’s a good thing. In the right circumstances. When the saber tooth tiger is at our cave door, or when our child starts to run across the street into traffic. But not every time we’re in the supermarket checkout line, or when our boss asks us to lead a project with a quick deadline, or every time we think about death. That overactivation of the “Fight or Flight” response causes build-ups of cortisol, lactic acid and other chemicals in our muscles and tissues that lead to anxiety attacks, depression, and suppressed immune systems — basically, overall poor mental, emotional and physical health.

Thus, the reason that the practice of an effortless technique of turning on the OPPOSITE of the “Fight or Flight” response is essential in overcoming our fear of death.

WHY THE 2-PRONGED APPROACH WORKS

Let’s look at our 2-pronged approach in greater detail, and see why it works so well.

I have found over the past 30 years helping people with death and dying issues, that a combination of both understanding along with the experiential process of “turning within” is much more long-lasting and effective in reducing fears than what I call the “inspirational approach” which is basically telling the afflicted person, “Don’t worry, it will be alright…,” or some such variation.

Let’s look at this further.

Like any other effort to improve oneself, if a seminar or process focuses only on the “what” you should do to improve yourself — then it will fail. Content is not good enough.

Think about it. If a football team only spent time in classes learning all the rules of football and all the best methods of training and techniques of leveraging the body to perform the necessary skills and tasks in the game, it would lose every game. Why? Because they spent no time focusing on the Who! The players — preparing them physically for the game through practice and scrimmages.

Otherwise, like the football players who never practiced or scrimmaged, we will only improve ourselves in merely a superficial, temporary “feel good” way.

No matter how much ‘content’ is forced upon that individual — no matter how much we tell the person “You’ll be fine because of _____,” he or she can only absorb so much. He can only integrate and synthesize as much as his ‘container of information’ — his mind — can process.

So, the key is how to strengthen the mind to ensure the “target” within that mind that we are trying to influence (in our case, the fears related to death and dying) is hit powerfully and accurately.

And the best way I’ve found to strengthen the mind in this integrated way with the body is by “turning within” through meditation — connecting with oneself in that way, resting the body through that process, and allowing the neurophysiology to balance on all levels by automatically turning on the opposite of the “Fight or Flight” response.

More effective thoughts and actions, and greater self-confidence. And because we are more self-confident, we feel stronger inside, are more in the present, and therefore less ill-affected by uncertainty.

And we can begin living a much more enjoyable life.

Kelvin H. Chin is a stress management and meditation expert. Teachers of meditation from around the world seek his guidance. He has taught Buddhist monks to meditate. He is the Founder and Executive Director of the Overcoming the Fear of Death Foundation in Austin, Texas, and best-selling author of “Overcoming the Fear of Death: Through Each of the 4 Main Belief Systems” (2016). He has helped people worldwide with death and dying for 30 years, and has taught meditation for 40 years, including the first courses at West Point Military Academy and in the U.S. Army in Korea and at the DMZ. Kelvin was also one of the first test subjects on meditation in the U.S. in experiments performed by Herbert Benson, MD, a Boston cardiologist, who later published the results in Scientific American and other journals. Kelvin is a graduate of Dartmouth, Yale, and Boston College Law. He can be reached at OvercomingTheFearOfDeath.org or TurningWithin.org